This weekend saw the return of Wales Rally GB and B2 were more than eager to get involved, particularly with encouraging young people to partake in STEM activities at the Big Bang event. The event, which was held at Venue Cymru in Llandudno, was a great success and saw around 9,500 people enter its doors, including some 1,536 school/college students. 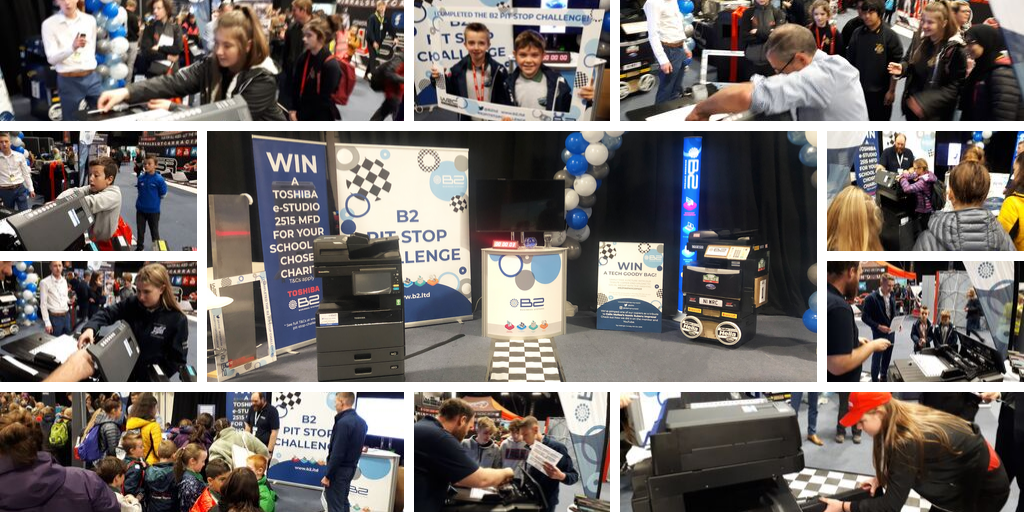 We invited the public to get hands on with a pit stop challenge with a difference, requiring participants to complete several steps on an MFD in the quickest time. They were competing to win a Toshiba multi-function device for their school or chosen charity and a tech goody bag for themselves. The challenge was described as a big success, with lots of competitive families and schools taking part trying to beat each other’s times. Seeing everyone get involved was fantastic, we hope that it’ll encourage more young people to get excited and take an interest in STEM subjects. 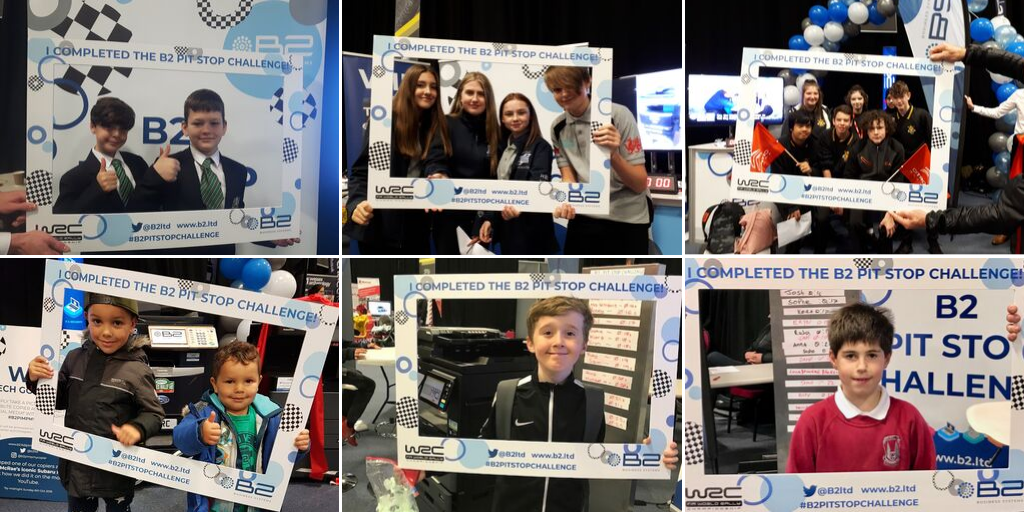 The event also saw the debut of B2’s tribute to rally legend Colin McRae’s Subaru Impreza in the form of a ‘pimped up’ copier. This also grabbed the attention of passers-by, with some great entries to the competition which saw participants posting pictures with the tribute copier to social media to win some tech goodies. It was a close call, but the winner of the competition was @heathkav04 for his impression of Colin McRae driving his Subaru Impreza. 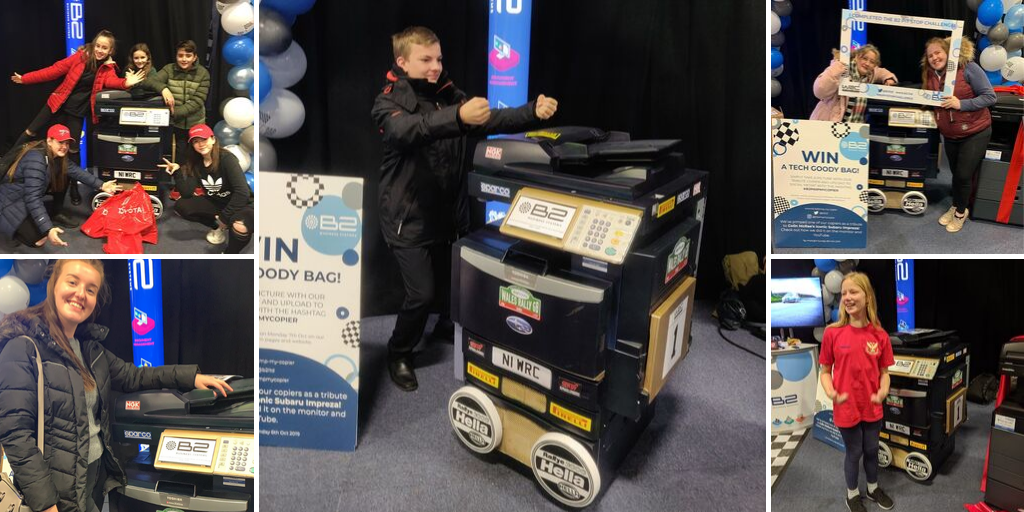 We’re already looking forwards to doing it all over again and thinking about how we can top it next year!