The end of the Windows 7 and Server 2008 lifecycle is set for January 2020. “End of life” means Microsoft will discontinue all support, including paid support; and all updates, including security updates.

Between now and then, the operating system (OS) is in an in-between phase known as “extended support.” During this phase, Microsoft is offering paid support, though not the complimentary support that comes with the license; and will continue to provide security updates, but not design and feature updates.

The Windows 7 and Server 2008 “end of life” cycle is similar to that of previous Microsoft operating systems. Microsoft states, “Every Windows product has a lifecycle. The lifecycle begins when a product is released and ends when it’s no longer supported. Knowing key dates in this lifecycle helps you make informed decisions about when to update, upgrade or make other changes to your software.”

What Does “End of Life” Mean?

“End of life” is the date after which an application is no longer supported by the company that makes it. After Windows 7 and Server 2008 “end of life”, you can continue to use the OS, but at your own risk. New computer viruses and other malware are developed all the time and, without the security updates to fight them off, your data and your system are vulnerable.

Instead of using an old and unsupported operating system, upgrade to Microsoft’s most recent OS. Windows 10 was released in 2015. It supports apps that can be used across multiple devices, including PCs, tablets, and smartphones. It also supports touchscreen, keyboard, and mouse input methods. Windows 10 is faster than Windows 7 and provides a number of other useful benefits.  Similarly, Windows Server 2019 is built on the strong foundation of Windows Server 2016 and brings numerous innovations on four key themes: Hybrid Cloud, Security, Application Platform, and Hyper-Converged Infrastructure (HCI).

There are differences between the two interfaces but, as a Windows user, you’ll see similarities which will help you get up to speed quickly.

We can assist in bringing your current estate up to date.

B2 Business Systems is now part of Arena Group

We can now offer B2 customers even more workplace technology: more great products, more expertise, and more support capability to keep you up and running and working smarter.

Or click through to explore the case studies, product insights and other information on our website HERE 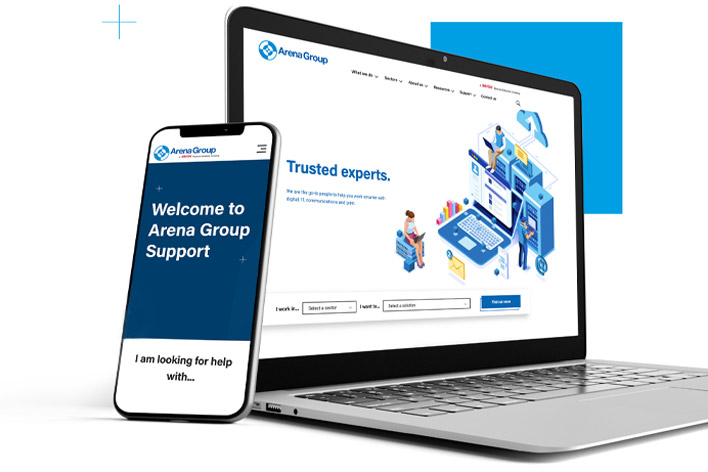